Phishing scams on the up in the Netherlands 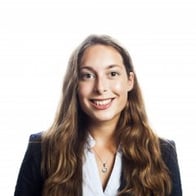 Mina Solanki, an expat in Holland wrote: "After years of declining, phishing is on the up. In 2018, the (monetary) damage caused by it had almost quadrupled compared to previous years. According to figures from the Dutch Payments Association and the Dutch Banking Association (NVB), this year the damages from phishing have yet again increased.

In the first half of this year, banking customers collectively lost 3,1 million euros due to phishing scams. This is a considerable increase compared to the 2,4 million lost in the second half of last year. Banks luckily cover the damages in the majority of cases.

Watch out for phishing scams

Phishing is on the rise and so is fraud when it comes to bank cards. In the last half of 2018, bankcard fraud accrued damages of two million euros. In the first half of this year, this figure increased to 2,6 million euros. Notably, around half of all bank cards were stolen via the internet. Scammers convinced victims that they needed to swap their cards and then got them to type in their pin number on a fake website and send their card via the post to said scammers.

No one wants to be the victim of a phishing scam. Here are some tips from the Dutch Payments Association:

This story was cross-posted from the iamexpat.nl site with grateful acknowledgement.