Phishing Remains the Most Common Form of Attack 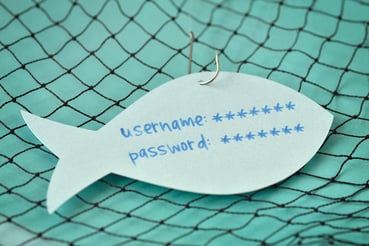 Phishing attacks are “by far” the most common vector for data breaches, according to a new survey by the UK’s Department for Digital, Culture, Media, and Sport (DCMS).

“Among those that have identified breaches or attacks, around a quarter (27% of these businesses and 23% of these charities) experience them at least once a week,” the report states. “The most common by far are phishing attacks (for 83% and 79% respectively), followed by impersonation (for 27% and 23%). Broadly, these patterns around frequency and threat vectors are in line with the 2020 and 2019 results.”

The DCMS says most of the respondents observed a noticeable increase in phishing attacks since the beginning of the pandemic.

“Among the organisations saying cyber security had become a higher priority under the pandemic, there were those that said that, in their case, the frequency of attacks had increased since March 2020 – especially phishing attacks,” the report says. “Others giving this response felt their organisations were more exposed to cyber risks now that their staff were working from home, because there were more endpoints to deal with and because they had less oversight of staff outside the office. In some cases where organisations had moved online to a greater extent following the lockdown, management boards had started paying more attention to cyber security as a business risk.”

The report found that only 20% of businesses said they conducted simulated phishing exercises for their employees, although respondents had a favorable view of risk assessments.

“In addition to their core purpose of identifying key risks, risk assessments were often viewed as a good way to produce evidence for management boards, which could be used to justify proposed cyber security actions or investment, or to show trends over time and whether things had improved,” the report says. “For example, one medium business carried out a mock phishing exercise as part of their risk assessment – they found that 15 per cent of staff responded to the mock phishing email, and presented these findings to the management board. This led to new user training on phishing emails, as well as other technical rule changes.”

The DCMS has the story.