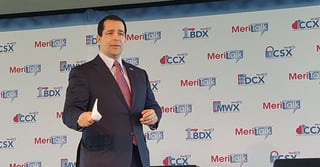 Phil Goldstein at FedTech magazine had some concerning news.

"A top federal counterintelligence official says agencies must do more to harden their cybersecurity defenses, even if that means sacrificing some mission capabilities.

Over the last eight or nine years, of all the successful data exfiltrations and breaches that have hit the federal government and private industry, about 90 percent of them were the result of spear-phishing campaigns that targeted unsuspecting employees.

That's according to William Evanina, director of the National Counterintelligence and Security Center within the Office of the Director of National Intelligence.

"Until we clean that up, our adversaries need not get sophisticated with their intrusion apparatus," Evanina said during a keynote address on March 8 at a MeriTalk-hosted event, "Cyber Convergence: Security, the Cloud and Your Data."

"As American citizens, we have an unbelievable inability not to click on a link," he said, joking that any company that can absolutely prevent users from clicking on authorized links or opening unauthorized attachments would make a fortune.

On that front, agencies need to make progress. A Department of Homeland Security spokesperson told CyberScoop this week that more than two-thirds of agencies have adopted DMARC, which stands for Domain-based Message Authentication, Reporting and Conformance.

DHS mandated that, by Jan. 15, all agencies adopt some form of the protocol to prevent email spoofing, which can then be used in phishing campaigns to get users to click on links that will load malware. DMARC, DHS notes, gives agencies the "strongest protection against spoofed email, ensuring that unauthenticated messages are rejected at the mail server, even before delivery."

More broadly, Evanina argued, agencies and IT security leaders need to be willing to enhance cybersecurity protections at the expense of sacrificing some mission capabilities. Without that security, agencies will see their brands eroded, and with that, their value. IT leaders also need todevelop crisis security plans and practice them regularly, he said.

Agencies Must Make Cybersecurity a Priority

Yet the threats the government faces are real and complex, Evanina said. "The threat we face now, today, is greater, more complicated, more sophisticated and more pervasive than ever before," he said.

The government's adversaries are "constantly learning from us and adjusting; they know our gaps and weaknesses," he said. The government always loves to defend against the last breach and not threats that will come in the future, Evanina said. "We rarely do predictive analysis of what the next breach is going to be."

Agencies now are being pushed to deliver flexible and fast services to users and citizens, Evanina said, with the mission delivered "at the click of a button," and security is often seen as an afterthought. The White House has pushed agencies to take a more risk-based approach to cybersecurity and protect high-value assets.

Evanina said the government must find a middle ground where the needs of end users are satisfied, but IT assets and data are secure.

"We have to be OK with sacrificing capability for security," Evanina said.

"We have no choice but to secure what we're doing, even if we have to sacrifice a little bit of mission," he continued, adding that IT leaders must do some "marketing" to convince employees that "it is going to be OK" if that happens. A security breach can fundamentally damage an agency's brand in the eyes of employees and citizens.

"It's all about [your agency's] brand," he said. "If you lose that, you lost everything." Read the rest of this article at FedTechMagazine: https://fedtechmagazine.com/article/2018/03/phishing-culprit-behind-vast-majority-data-exfiltration-intelligence-official-says 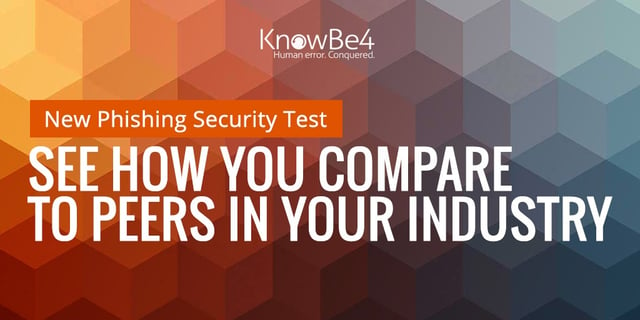 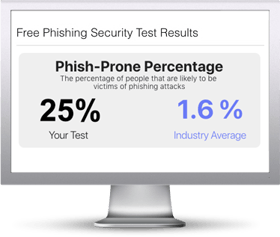