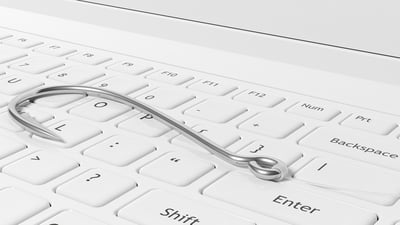 Attackers are exploiting a legitimate French government website to send phishing messages, according to researchers at Vade. The website, Pôle Emploi, is a career site for companies looking for job recruits. The attackers are responding to job postings with phony resumes that contain a link to a Google Form designed to harvest credentials.

“The recruiting company—if not vigilant—opens the attachment thinking it is a resume and is faced with malicious links,” the researchers write. “If they click on the links, they are redirected to a malicious form where they will be asked for their Pôle Emploi account information. This new technique is particularly efficient because the generated email is coming from legitimate Pôle Emploi servers, a legitimate sender, and a legitimate IP address.”

The phony resume instructs the victim to click on the link in order to secure their account.

The researchers add that access to these accounts could lead to further targeted attacks within the organizations.

“Most phishing attacks are designed to steal account credentials, and in this case, the damage could be significant,” Vade says. “The Pôle Emploi portal likely contains the personal information of companies and job candidates. With this information, hackers can access sensitive company information and steal personal data, which they can later sell to other hackers. They could also launch additional attacks on users with the data stolen, including phishing and business email compromise attacks.”

New-school security awareness training can give your employees a healthy sense of suspicion so they can avoid falling for social engineering attacks.

Vade has the story.