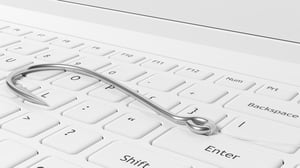 “The phishing campaign impersonates Ekinet, a Japanese based organization that is used to reserve train tickets,” the researchers write. “The campaign attempts to lure victims to a malicious website and then makes them input their credit card or other personal information. The Council of Anti-Phishing in Japan released an alert earlier in 2022 detailing potential scams using Ekinet. From the emails we have seen, the text is usually always in Japanese and recently an email was reported on a United States based organizations inbox.”

A Japanese university was among the organizations targeted by this campaign. The attackers used several different email templates.

“It was reported by the Information Technology Center, The University of Electro-Communications in Japan that there were multiple different emails from this campaign that have been sent to their campus on December 6, 2022, but they are all from the same sender,” the researchers write.

The emails are written in Japanese, but were sent to organizations around the world. The attackers informed victims that their accounts would be shut down if they didn’t click the verification link in the email.

“The messaging is in Japanese and attempts to lure victims into clicking on a malicious URL that is then used to store credit card information or other personal information should the victim fall for the scam,” the researchers write. “The premise of the email that was detected in a customers’ inbox was to lure the victim into clicking on a URL that would redirect them to a phishing site by stating their account would be terminated if they did not verify their login.”

New-school security awareness training can give your employees a healthy sense of suspicion so they can avoid falling for phishing and other social engineering attacks.

Safeguard Cyber has the story.