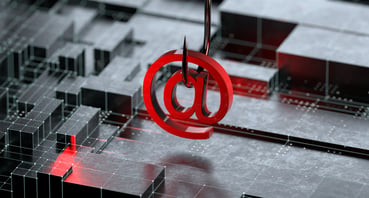 “COVID-19 colored everything in 2020, so it’s not surprising that cloud came out on top,” the researchers write. “As the working world switched to remote, the need for cloud-based solutions skyrocketed. Microsoft Teams users increased from 44 million in March 2020 to 75 million in April 2020. Meanwhile, Facebook, Google, and Netflix saw big financial gains during COVID-19, and each is in the top 20.”

E-commerce phishing has also been on the rise due to the pandemic, and some new brands have made it to the top ten list.

“New to the Phishers’ Favorites list, Rakuten, a Japanese e-commerce company, made its first appearance on the list, coming in at #6,” the researchers write. “Rakuten’s rise is thanks to a large spike in phishing activity in Q3 2020, when Vade Secure detected a 485 percent increase in Rakuten phishing URLs.”

The researchers also observed a year-over-year increase in phishing emails laden with the Emotet banking Trojan.

“Phishing emails weaponized with malware also featured prominently in 2020,” Vade Secure says. “Emotet, which had gone silent in early 2020, returned briefly in the spring and came roaring back in the fall. A wave of Emotet malware emails hit Microsoft users in September, with a single-day high of 1,799 phishing URLs and 13,617 for the quarter, a 44 percent increase from Q2.”

Vade Secure has the story.