Organizations Worldwide Experience Over 722 Million Attacks in the Last 30 Days! 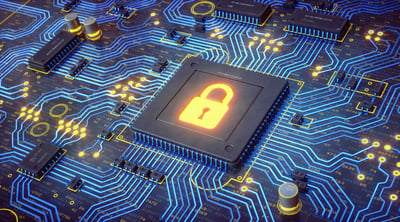 Analysis of data collected by Internet and security services vendor Akamai shows an unimaginable number of cyberattacks, demonstrating how frequently these attacks are happening.

If you’ve been paying attention at all the last few years, you’re already keenly aware that cyberattacks are an ongoing problem, with attack attempts occurring every day. But new Akamai data analyzed by VPN vendor Atlas VPN shows there are nearly 17,000 cyberattacks against organizations around the globe every second. Considering Akamai processes somewhere between 15-30% of the world’s Internet traffic, this new analysis speaks volumes representing much of the world.

According to the data, the breakdown of the attacks is as follows: 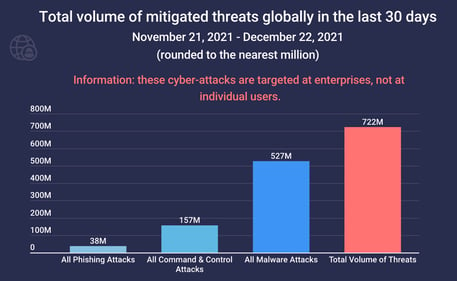 According to the article, the delineation between when phishing is and is not used in the other types attacks is not clear, stating that C&C and malware attacks can be a part of phishing attacks. I’m curious about this lack of clarity, as there are really only a few initial attack vectors possible today:

Given that malware attacks rely on gaining access to an endpoint or server, it makes sense that phishing and/or RDP attacks are likely used in a majority of the largest segment of the Atlas VPN analysis.

Whether phishing attacks represent 5% of attacks on your organization or (in my opinion) the majority of them, it’s necessary to stop phishing by empowering users to spot suspicious content immediately through Security Awareness Training so they won’t interact with and engage the potentially malicious links, attachments, or email content.