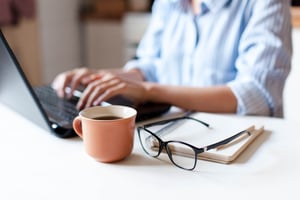 With so many people working from home, more attackers are adapting their strategies to focus on employees as a way to bypass organizations’ defenses, FCW reports. During a webcast hosted by Venable, several Federal and industry experts discussed the challenges associated with remote work, particularly in organizations that previously required physical modes of identification.

“Those attacks are shifting everywhere traditional network security controls are not located,” Connelly said. “Many attackers are actually calling employees and encouraging them to log on to those fake pages and then grabbing their credentials from those pages.”

Connelly added that it’s much harder to defend against phishing attacks on social media when employees are working from home.

“How do you put security controls around a social messaging app?” Connelly asked.

Wendy Nather, Head of Advisory CISOs at Duo Security, explained that many previous security assumptions are suddenly no longer applicable.

“Because we're not physically co-located anymore, there are a lot of authentication factors we used to assume, that we now can't use,” Nather said. “If somebody calls the help desk, how are you going to verify them if they can't walk over and show you their CAC [Common Access Card]?”

Likewise, Ross Foard, a senior engineer at CISA, said well-established forms of authentication in the government are hard to transfer to a remote environment.

“Some of the things that we've long held as pretty strong controls like the PIV [Personal Identity Verification] and the CAC, they have weaknesses now because a PIV card requires an in-person validation, like a fingerprint,” Foard said. “That is not as easy to do now.”

Despite these difficulties, organizations need to continue operating. New-school security awareness training can help your employees to thwart social engineering attacks in both their personal and professional lives.

FCW has the story.