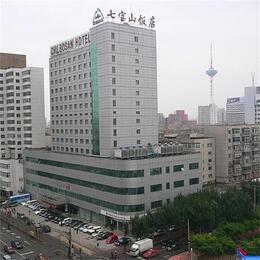 The next revelation about the Sony Picture hack: The NSA was already inside the North Korean's networks and could have warned Sony about the pending attack.

I quote: "The N.S.A.’s success in getting into North Korea’s systems in recent years should have allowed the agency to see the first “spear phishing” attacks on Sony — the use of emails that put malicious code into a computer system if an unknowing user clicks on a link — when the attacks began in early September, according to two American officials."

And one more paragraph from the NY Times article: "The extensive American penetration of the North Korean system also raises questions about why the United States was not able to alert Sony as the attacks took shape last fall, even though the North had warned, as early as June, that the release of the movie “The Interview,” a crude comedy about a C.I.A. plot to assassinate the North’s leader, would be “an act of war.”

Interesting article, and continues to talk about the history and growing capability of North Korean cyber warfare teams. Here it is.

The picture at the right is the Chibosan Hotel from which the The North Korean Elite Unit-121 Hackers operate. The hackers love the 4-star hotel with 5-star amenities a lot. As one hotel reviewer said, the room itself was new, immaculately clean with tasteful touches... "Have Hotel Will Hack"