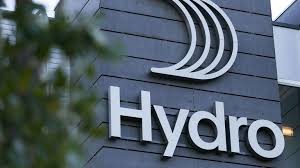 Norwegian aluminum giant Norsk Hydro estimates that it may have lost more than $40 million in the first week following the ransomware attack that disrupted its operations.

In an update shared on Tuesday, the company said it’s too soon to provide precise information on the financial impact resulting from the cyberattack, but a rough estimate puts losses at between 300-350 million Norwegian crowns ($35 - $41 million). A majority of that amount represents losses in the Extruded Solutions area, which has been hit the hardest.

“Hydro has a solid cyber risk insurance policy with recognized insurers, with global insurer AIG as lead,” the company stated.

On Tuesday, Hydro reported a production rate of 70-80% in Extruded Solutions, including Extrusion Europe, Extrusion North America and Precision Tubing. However, the Building Systems unit is almost completely shut down. On Friday, the Extruded Solutions unit had been running at roughly 50% of normal capacity.

“Based on current progress the expectation is for Building Systems to gradually ramp up production and shipments during the week,” the company said. Hydro believes it could take weeks to fully restore all impacted systems.

The organization’s systems were infected with the LockerGoga strain — starting on March 18. The incident caused disruptions at several of its plants, forcing workers to rely on manual processes.

The company believes it has cleaned up all infected servers and computers, and says it has begun restoring data. Shortly after the incident came to light, the firm indicated that it had good backups in place and it did not intend on paying any ransom. Story at Reuters.