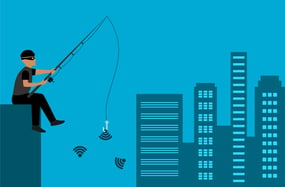 This new phishing scam takes advantage of inherent trust in credible domains to get past the scrutiny of even Microsoft to trick Office 365 users into giving up their online credentials.

I’ve written about plenty of Office 365 credential phishing attacks that, in general, end up taking the victim to a lookalike Office 365 logon page in an attempt to be convincing enough to get the victim to enter in their credentials. Some take the path of checking credentials in real-time, while others detect inbound connections to see if it’s a virtual sandbox testing the link.

In this latest iteration, security researchers at armorblox identified an attack that simply chose to host their spoofed Office 365 logon page on Google’s Firebase. Designed for app developers and hosted on a subdomain of google.com, this platform ended up being the perfect place to host the malicious web pages for this attack.

According to armorblox, this attack hit an organization with 20,000 users and was able to bypass the security checks in both Exchange Online Protection (EOP), Microsoft Defender for Office 365. Microsoft assigned the email a Spam Confidence Level (SCL) of ‘1’, meaning that Microsoft didn’t see the email as being suspicious, subsequently delivering it to the intended mailboxes.

The lesson learned here is that while Microsoft won’t necessarily make the same mistake twice, there will always be reputable domain names, hosting platforms, etc. that the bad guys can use that will assist in getting past some or all of your organization’s security checks.

That’s why it’s important to include Security Awareness Training in your cybersecurity strategy, where users themselves are educated to become part of the solution. In most every case of an attack like this, there are telltale signs of it being a scam: improper from email address, poor representation of Microsoft and/or Office 365 in both the email and the spoofed logon page, etc.

In reality, it’s quite easy to spot these scams… IF the user is taught to be watching. If they’re not, it’s also quite easy to fall for these attacks too.