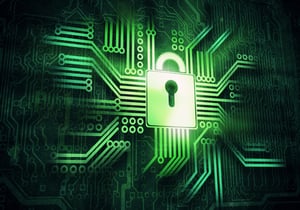 Nothing is safe anymore. While tricking users into giving up their credentials still seems pretty impressive, new updates to the FTCode ransomware target the IDs and passwords on your endpoints.

According to threat researchers at Zscaler, new PowerShell code has been added to decrypt stored credentials from the following web browsers and email clients on Windows machines:

While FTCode primarily is focused on attacking Italian-language users, there is little to suggest once this tactic gets out, it will be duplicated by other cybercriminal organizations. The repercussions are massive: In addition to holding data for ransom, attackers could lock massive numbers of an organization’s users out of any and all cloud-based applications, could use the newfound credentials to island hop, could provide access to Office 3656 via OAuth API access, commit BEC scams, identity theft, and much more.

There are two parts to stopping these kind of attacks (assuming we’re very likely going to see more of this code in the future):

KnowBe4’s "RanSim" gives you a quick look at the effectiveness of your existing network protection. RanSim will simulate 15 ransomware infection scenarios and 1 cryptomining infection scenario and show you if a workstation is vulnerable. 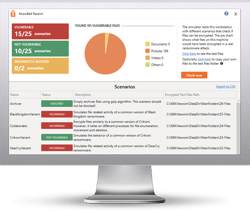