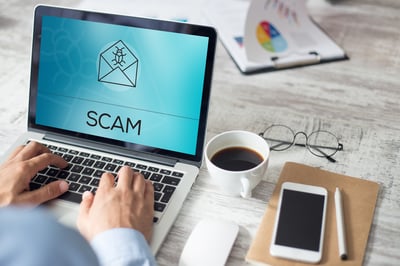 “In mid-March 2021, we observed two new spam campaigns,” the researchers write. “The messages in both cases were written in English and contained ZIP attachments or links to ZIP files. Further research revealed that both campaigns ultimately aimed to distribute banking Trojans. The payload in most cases was IcedID (Trojan-Banker.Win32.IcedID), but we have also seen a few QBot (Backdoor.Win32.Qbot, also known as QakBot) samples. During campaign spikes we observed increased activity of these Trojans: more than a hundred detections a day.”

Kaspersky notes that IcedID and QBot are both well-known Trojans that are used by a variety of threat actors.

“IcedID is a banking Trojan capable of web injects, VM detection and other malicious actions,” the researchers explain. “It consists of two parts – the downloader and the main body that performs all the malicious activity. The main body is hidden in a PNG image, which is downloaded and decrypted by the downloader. QBot is also a banking Trojan. It’s a single executable with an embedded DLL (main body) capable of downloading and running additional modules that perform malicious activity: web injects, email collection, password grabbing, etc.”

The researchers add that the malware developers have taken steps to modify their downloader to avoid detection and hinder analysis.

“Besides the increase in infection attempts, the IcedID authors also changed the downloader a bit,” they write. “In previous versions it was compiled as an x86 executable and the malware configuration after decryption contained fake C&C addresses. We assume this was done to complicate analysis of the samples. In the new version, the threat actors moved from x86 to an x86-64 version and removed the fake C&Cs from the configuration.”

Securelist has the story.