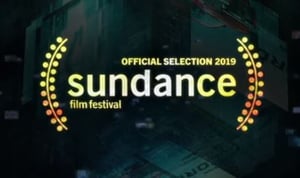 Last night, Netflix premiered “The Great Hack” which is based on the Cambridge Analytica scandal. They reminded us of the golden expression: “If you don't pay for the product you are the product.” The threat of more than 5,000 data points connected to each one of us is scary to say the least.

I don’t think the issue is we didn’t know we were being tracked but we failed to realize the number of data points are collected and triangulated and how that potentially can disrupt the voting process of a democracy. I watched it last night and it's warmly recommended.

This very technology can of course also be used—and perhaps already is—by internet criminals as a social engineering tactic. Your users need to be inoculated against this. Today Wired had a great piece on it.

…“The film is bookended by professor David Carroll’s quest to get his own data back from Cambridge—a story WIRED told in depth—but focuses mainly on former Cambridge employee Brittany Kaiser and her abrupt and somewhat baffling decision to turn against her employer. Directors Amer and Noujiam follow her starting a few days after she quit the company in 2018.

At one point she says the systems social media enabled and Cambridge used to influence democratic elections constitute “weapons grade” technology.” Here is the Official Trailer:

The press has given this quite a bit of visibility too: