Nearly Half of Organizations Have Experienced Vishing 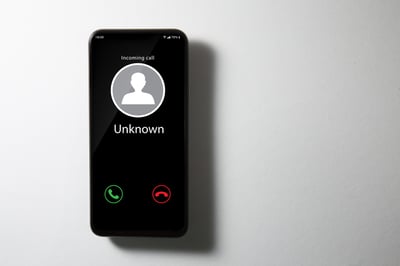 Forty-seven percent of organizations have experienced voice phishing (vishing) attacks over the past year, according to researchers at Mutare. Additionally, the researchers found that nine percent of all phone calls received by organizations are unwanted, and nearly half of these are malicious.

Most respondents cited employee errors and email as the greatest risk to their organization, while just ten percent recognized the risk from phone calls.

“The biggest source of security risk stems from employee errors, according to 43% of survey respondents,” the researchers write. “That ranking was followed by the risk from email (36%), endpoints (35%), data networks (17%), data storage (12%), and applications/core systems (9%). Only 10% of respondents cited their voice networks and phone systems as the biggest source of security risk in their organizations, reinforcing a widespread lack of awareness about this problem.”

Respondents varied in their responses on how best to respond to the threat of phone-based social engineering.

“More than one-third (36%) of respondents cited security awareness training as the top solution to protect voice networks from Vishing (voice vishing) and Smishing (SMS phishing) attacks,” Mutare says. “That approach was followed by traffic firewalls (34%), spam blockers (26%), training for vishing attacks (20%), training for social engineering (23%), and threat detection (13%). In addition, more than one-fourth of survey respondents (26%) were unsure about which tools were being used to protect their voice networks, and 9% said their organizations had no solutions in place whatsoever to protect their voice networks.”

Note well: most of the calls aren’t just irritating, but they’re “nefarious,” potentially damaging. New-school security awareness training can give your organization an essential layer of defense by teaching your employees how to thwart social engineering attacks.

Mutare has the story.