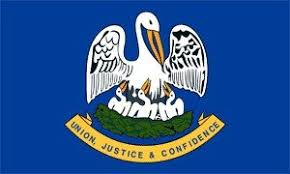 A series of ransomware attacks on school district systems leads the governor to declare the state's first cybersecurity state of emergency.

Louisiana is no stranger to declarations of emergency, but it never had one for a cybersecurity emergency — until this week. A series of attacks on school districts around the state led Governor John Bel Edwards to issue the declaration that brings new resources and statewide coordination to what had been a collection of local cybersecurity events.

By issuing the formal declaration, the governor allows statewide resources from the Louisiana National Guard, Louisiana State Police, Louisiana Office of Technology Services, and Louisiana State University, led by the state Office of Homeland Security and Emergency Preparedness, to be brought to bear on defense, analysis, and remediation efforts. These state resources will join federal resources that have already been briefed, as well as local cybersecurity teams, to address the attacks.

This is not the first time a state emergency declaration has been issued for cyberattacks; in 2016, Colorado governor John Hickenlooper declared a state of emergency due to attacks on that state's department of transportation.