September 3rd, 2015 - KnowBe4 had the grand opening of our new facility in Tampa Bay, Florida.  The 15,000 square foot top floor has a wrap-around 360 panoramic view of the Gulf of Mexico and the Clearwater Beaches. KnowBe4 at the moment has 50 employees (which is rapidly increasing), most of whom you see in the background of the picture above. In the foreground are the Mayor of Clearwater, Mr. George Cretekos, left of him are Kevin Mitnick and Stu Sjouwerman, KnowBe4 principals. 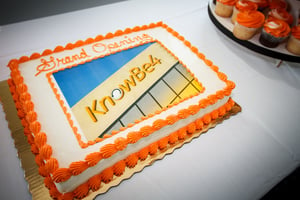 All in all there were well over 100 people attending, and after a fun speech by the Mayor and the ribbon cutting, we all enjoyed a delicious lunch prepared by downtown caterers. Great Job by the KnowBe4 Marketing and PR Team! 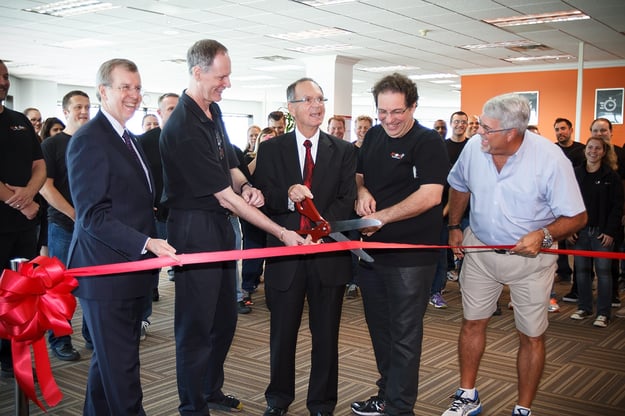 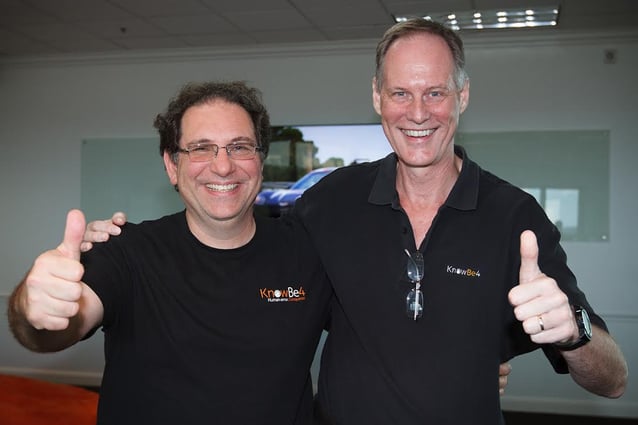 And here is (almost) the whole team, except for the people on the phone with customers!

End to end it all off, here is a short video with how it looked before and after!