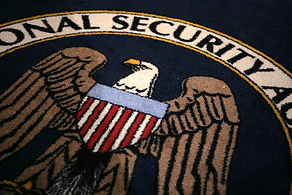 "The U.S. National Security Agency has figured out how to hide spying software deep within hard drives made by Western Digital, Seagate, Toshiba and other top manufacturers, giving the agency the means to eavesdrop on the majority of the world's computers, according to cyber researchers and former operatives.

"That long-sought and closely guarded ability was part of a cluster of spying programs discovered by Kaspersky Lab, the Moscow-based security software maker that has exposed a series of Western cyberespionage operations.

"A former NSA employee told Reuters that Kaspersky's analysis was correct, and that people still in the intelligence agency valued these spying programs as highly as Stuxnet. Another former intelligence operative confirmed that the NSA had developed the prized technique of concealing spyware in hard drives, but said he did not know which spy efforts relied on it.

"According to Kaspersky, the spies made a technological breakthrough by figuring out how to lodge malicious software in the obscure code called firmware that launches every time a computer is turned on.

Here is the whole article:

Kaspersky is pretty reliable so if they make a claim like this they have proof. They were also the people that reported first on StuxNet, so this is very likely to be true.

What to do about it? Get a chromebook, or a Chromebox that does not have a hard drive, and store all your files in an encrypted cloud drive.