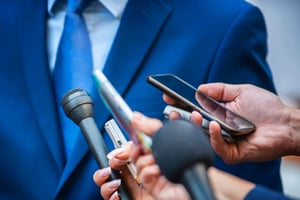 All types of journalists need to be wary of phishing and other social engineering attacks, according to Jacob Granger, writing at Journalism.co.uk. Granger quotes digital security expert and former New York Times reporter Runa Sandvik as saying that all journalists need to be educated about security, even those who don’t report on sensitive topics or work in dangerous environments.

“Early on, my sense was that digital security was something that only certain reporters needed,” Sandvik said.

Sandvik explained that security is relevant to every employee in the newsroom, since an attacker only needs to compromise one device in order to gain a foothold.

"In some cases, it has been helpful to illustrate how targeting one individual could impact the whole newsroom and the entire business,” Sandvik continued. “Those examples are not typically found in the world of mercenaries and spies, but in ransomware. It only takes one individual to click a link, run a piece of software or open a document before the entire newsroom and company are affected by it.’

Sandvik added that organizations should ensure that their employees receive adequate education before an attack happens.

Granger notes that journalists can find themselves targeted by nation-states, criminal actors, or mercenary hack-for-hire groups.

“[R]eporters may need separate workflows and devices for sensitive work or specific communications,” Granger concludes. “But crucially, newsrooms need a united front on cybersecurity, as the entire team is only as strong as its weakest link.”

New-school security awareness training can provide your organization with an essential layer of defense by teaching your employees to recognize social engineering attacks and follow security best practices.

Journalism.co.uk has the story.