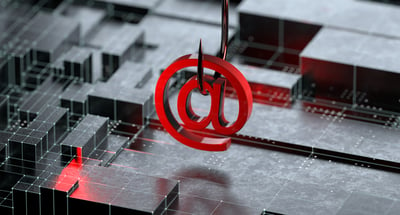 Cybercriminals are quick to put hacked accounts to use, according to Agari by Help Systems. The researchers found that 91% of compromised accounts are accessed by attackers within one week, and half of these accounts are accessed within the first twelve hours. Additionally, 23% of phishing sites are using automation to test the authenticity of stolen credentials. Agari explains that criminals are efficient at escalating their attack once they gain access to a network.

“[O]nce attackers gained access to the compromised accounts, it became apparent that they wanted to identify high-value targets who have access to a company’s financial information or payment system so that they could send vendor email compromise scams more effectively,” the researchers write. “The accounts were also used for other purposes, including sending malicious emails and using the accounts to register for additional software from which to run their scams.”

Agari notes that once the attackers compromise a single account at an organization, they can use that account to send more convincing phishing emails to other employees. It’s particularly effective in staging business email compromise (BEC) campaigns.

“In another example, cybercriminals targeted employees at real estate or title companies in the U.S. with an email that appeared to come from a U.S.-based financial services company that offers title insurance for real estate transactions,” Agari says. “When targets opened the email, they were encouraged to view a secure message, which sent them to a webpage mimicking the company’s actual homepage. From there, they were encouraged to view additional documents and enter their account information—leading to the compromise. This shows the self-fulfilling growth cycle where credential phishing attacks lead to compromised accounts, which lead to more credential phishing attacks and more compromised accounts, and so on.”

Agari founder Patrick Peterson emphasized that the best way to defend against these attacks is by preventing attackers from gaining a foothold in the first place.

“Without measures in place to protect against BEC and account takeover-based attacks, the problem will only continue,” Peterson said. “The insight uncovered by the [Agari Cyber Intelligence Division (ACID)] team is a sobering reminder of the scale of the issue—compromised accounts lead to more compromised accounts, and only by preventing the first compromise can we suppress BEC at an early stage.”

New-school security awareness training can help your employees avoid falling for social engineering attacks, stopping the attackers before they’re able to establish a beachhead in your organization.

HelpSystems has the full story.