[HUMOR] Her Majesty Is Not Inviting You to Save the Realm 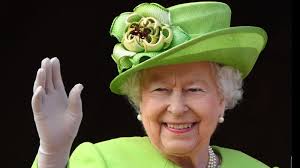 Daniel Phillips at BeInCrypto reports that a snail mail phishing campaign is impersonating the Private Secretary to Queen Elizabeth II and asking people to loan between £450,000 and £2,000,000 to save the UK’s economy after Brexit. One of the letters was sent to Paul Ridden, CEO of UK-based technology firm Smarttask, who posted a photo of it on LinkedIn.

The letters promise that lenders will receive 30% interest on the money for three months, along with a chance to join the Royal Warrant Holders Association. The scammer stresses that the loan must remain anonymous and the money must be sent to the Bitcoin address included in the letter.

The grammar and writing quality of the letter is far from what one would expect from the Queen’s Private Secretary, or indeed from an American high school student. And so far the Bitcoin address hasn’t received any noteworthy payments. However, people have been known to fall for more outlandish scams than this. Additionally, Phillips notes that while sending scams through the mail is more expensive and time consuming than using email, snail mail won’t be blocked by security filters or spam detectors.

Scammers know that if they send out enough letters or emails, at least some of their targets will be gullible enough to send them money. But... *this* gullible?? :-D

BeInCrypto has the story: https://beincrypto.com/the-queen-begins-phishing-to-save-the-uk-economy/