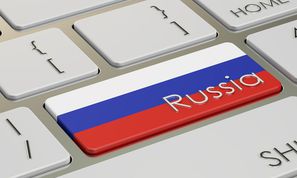 A study by the World Bank stated that Russia boasts more than 1 million software specialists involved in research and development.

Russian illegal cyber warriors are among the most proficient in the world with around 40 large criminal cyber rings operating within the country’s borders.

The Russian government has long been known to source its technology, world-class hacking talent and even some intelligence information from local cyber crime rings.

Hacking activities include the penetration of national infrastructure systems, and money markets, and the stealing of state secrets and intellectual property. All of these destabilizing attacks can be considered as preparation for any future conflict. Russian hackers made repeated attempts during 2016 to stage cyber break-ins into major US institutions, including the White House and the State Department.

Read more about this in an article at The Conversation by David Stupples, Professor of Electrical and Electronic Engineering and Director of Electronic Warfare Research, City, University of London

Very often, Russian hacking starts with a phishing attack.  As one of his last actions in office, President Obama expelled 35 Russian spies in retaliation for Russia interfering with the U.S. election process, after intelligence agencies lined up their stories and all pointed at Putin.

Bloomberg wrote: "The attack against U.S. democracy began in the summer of 2015 with a simple trick: Hackers working for Russia’s civilian intelligence service sent e-mails with hidden malware to more than 1,000 people working for the American government and political groups. U.S. intelligence agencies say that was the modest start of  'Grizzly Steppe,' their name for what they say developed into a far-reaching Russian operation to interfere with this year’s presidential election."