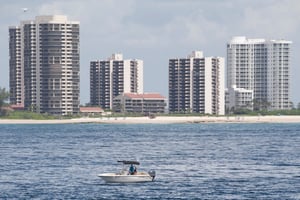 It was all over the press, and even made it in the New York Times: "The leaders of Riviera Beach, Fla., looking weary, met quietly this week for an extraordinary vote to pay nearly $600,000 in ransom to hackers who paralyzed the city’s computer systems.

"Riviera Beach, a small city of about 35,000 people just north of West Palm Beach, became the latest government to be crippled by ransomware attacks that have successfully extorted municipalities and forced them to dig into public coffers to restore their networks. A similar breach recently cost Baltimore $18 million to repair damages.

Even large cities, however, have had to pay smaller ransoms than Riviera Beach. On Monday, the City Council unanimously agreed to have its insurance carrier pay the hackers 65 Bitcoin, a hard-to-trace digital currency, amounting to about $592,000. By making the payment, the City Council hopes to regain access to data encrypted in the cyberattack three weeks ago, though there is no guarantee the hackers will release the data once payment is received.

The Riviera Beach attack began on May 29 after a police department employee opened an infected email attachment, The Palm Beach Post reported. Down went all of the city’s online systems, including email and some phones, as well as water utility pump stations. Utility payments could not be accepted other than in person or by snail mail — and even then, only by check or cash.

Don't let this happen to you. Step your users through new-school security awareness training ASAP.

Would your users fall for phishing attacks, leaving your organization at risk for ransomware infections? Take the first step now and find out before the bad guys do. Plus, see how you stack up against your peers with phishing Industry Benchmarks. The Phish-prone percentage is usually higher than you expect and is great ammo to get budget.