Healthcare Sees 20 Data Loss Incidents PER DAY Due To Ransomware 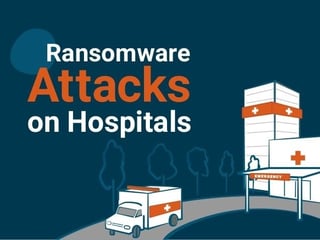 In late October, three of the U.K.’s National Health Service (NHS) hospitals’ computer systems were attacked by malware that forced the hospital to cancel scheduled surgeries and divert trauma patients to other facilities. The hospitals shut down their computer systems in order to fight the virus.

The NHS did not identify the type of malware in the attack, but it was likely a ransomware infection. Organized cybercrime typically targets hospitals, penetrating the whole network and then encrypting as many machines as possible before demanding payment to decrypt the files.

Healthcare Sees 20 Data Loss Incidents PER DAY Due To Ransomware

According to a recent report by Intel Security, the healthcare sector is experiencing over 20 data loss incidents per day related to ransomware attacks. The company said it identified almost $100,000 in payments from hospital ransomware victims to specific bitcoin accounts so far in 2016.

The latest data breach count from the Identity Theft Resource Center (ITRC) reports that there have been 858 data breaches recorded this year through November 8, 2016, and that nearly 30 million records have been exposed since the beginning of the year. The total number of reported breaches increased by 26 since ITRC’s last report on October 19.

Best Practices for Dealing With Phishing and Ransomware 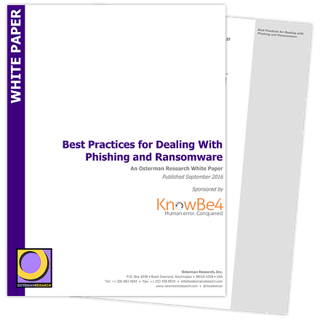 Phishing and ransomware are serious problems that can steal data or disable access to your organization's network.

Both ransomware and phishing are increasingly common and are having devastating impacts on businesses of all sizes.

This new Osterman Research whitepaper gives you a variety of best practices that you should follow in order to minimize your potential for becoming a victim of phishing and ransomware.

Among these best practices are implementing security awareness training as your first line of defense.