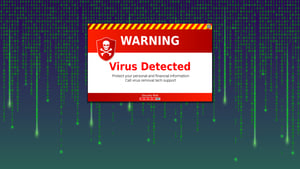 According to Bleeping Computer, several ransomware crews are teaming up to split profits obtained in malicious attacks targeting public and private companies.

The profits originating out of the paid ransoms following each of the attacks will then be split between the crew in equal shares.

Intel 471 categorized the ransomware gangs into three tiers, with over two dozen active ransomware-as-a-service (RaaS) gangs that are actively looking to outsource to ransomware affiliates.

These gangs range from well-known groups to newly-formed variants that have risen from the failures of old, to completely new variants.

Besides the ransomware gangs listed by Intel 471 as actively seeking partners, there are also emerging crews that should receive an dishonorable mention.

For instance, Dharma is a long-running strain that has been around since 2017 and known as an offshoot of Crysis ransomware, which started operating in 2016.  LockBit, another high-profile operation, surfaced in September 2019 as a private operation targeting enterprises and later observed by Microsoft while used in attacks healthcare and critical services.

Other RaaS operations left outside of Intel 471's tiers are Ragnarok, CryLock, ProLock, Nefilim, and Mount Locker, with all of them known to be active and involved in recent attacks.

These ransomware gangs have no end in sight and will continue to discover tricky ways to hack your user's network. With that said, new-school security awareness training can ensure your users can learn how to report any suspicious activity and can be vigilant of any social engineering attacks.

Bleeping Computer has the full story.