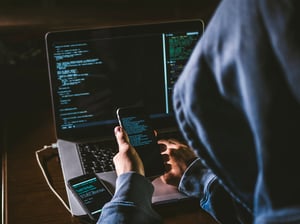 North Korean hackers have been following that bit of social engineering wisdom to a T. According to researching from McAfee, a months long phishing campaign against aerospace and defense firms have been detected.

The suspected North Korean hackers appear to be spear phishing their targets using Microsoft Word documents with job descriptions involving active defense contracts, according to McAfee. Their goal is to use that foothold to plant additional code to gather data on their targets, the researchers said.

It’s unclear how successful the hackers have been in gathering data or what they’ve done with it. North Korea has one of the biggest active-duty militaries in the world, and Pyongyang has every interest in surveilling the capabilities of its adversaries.

As these phishing tactics continue to be swarmed with these familiar attacks, it's important to ensure your organization is trained. New-school security awareness training can teach your users how to spot the warning signs.

Cyberscoop has the full story.