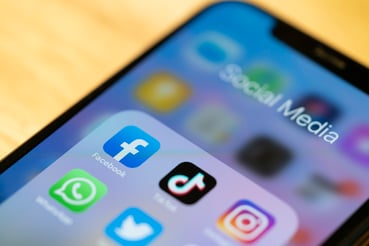 Alan Gal, CTO of Hudson Rock, was the person who first discovered the data leak over the weekend. "A database of that size containing the private information such as phone numbers of a lot of Facebook's users would certainly lead to bad actors taking advantage of the data to perform social engineering attacks [or] hacking attempts," Gal said in a statement.

Unfortunately, this is not the first time personal information has been leaked of Facebook users. In 2019, the Facebook vulnerability exposed millions of users' phone numbers that was pulled from Facebook's servers that were in violation of the terms of service.

There's not much Facebook can do because users are trusting Facebook with their data, and it's up to Facebook to treat users' data with care and sensitivity. Facebook should, however, notify users if there is a potential breach.

These types of data breaches should have a takeaway that your organization needs to be vigilant of any suspicious activity at all times. New-school security awareness training is of the utmost importance for make sure your users know how to respond to a potential scam.

Business Insider has the full story.