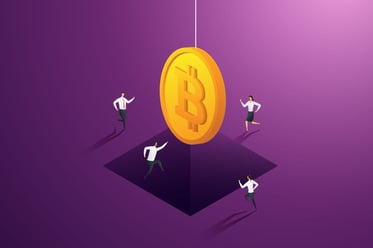 Investigative reporter Brian Krebs reported today that U.S. state and federal investigators are being inundated with reports from people who’ve lost hundreds of thousands or millions of dollars in connection with a complex investment scam known as “pig butchering,” wherein people are lured by flirtatious strangers online into investing in cryptocurrency trading platforms that eventually seize any funds when victims try to cash out.

The term “pig butchering” refers to a time-tested, heavily scripted, and human-intensive process of using fake profiles on dating apps and social media to lure people into investing in elaborate scams. In a more visceral sense, pig butchering means fattening up a prey before the slaughter.

“The fraud is named for the way scammers feed their victims with promises of romance and riches before cutting them off and taking all their money,” the Federal Bureau of Investigation (FBI) warned in April 2022. “It’s run by a fraud ring of cryptocurrency scammers who mine dating apps and other social media for victims and the scam is becoming alarmingly popular.”

Here is the shocker though...

As documented in a series of investigative reports published over the past year across Asia, the people creating these phony profiles are largely men and women from China and neighboring countries who have been kidnapped and trafficked to places like Cambodia, where they are forced to scam complete strangers over the Internet — day after day.

Unbelievable. Read the full story about this type of cyber slavery where social engineering is used from start to finish at Krebs.