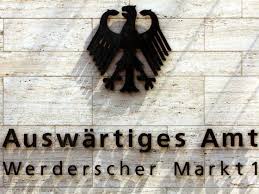 Foreign hackers have invaded secure networks of various German government departments. According to German and Dutch media, the Ministries of Foreign Affairs and Defense were among the targets. The authorities say that the government departments involved have improved their network Security.

APT28 is held responsible for cyber attacks on Western targets, such as the Democratic Party in the US, NATO, the White House, the Doping Authority WADA and the international team that is investigating the disaster of flight MH17.

Russia has always denied involvement in such attacks in the past. There is no reaction from the Kremlin to the latest accusations from Germany.

Russian APT28 is known to harness EternalBlue; NSA's Windows SMB exploit which made the WannaCry ransomware and Petya so effective — and are using it to spread laterally in cyber attacks against hotels in Europe. (By the way, did you apply the MS17-010 patch yet?)

Researchers at FireEye posted that they uncovered a malicious document sent in spear phishing emails to multiple companies in the hospitality industry, including hotels in at least seven European countries and one Middle Eastern country in early July. Successful execution of the macro within the malicious document results in the installation of APT28’s signature GAMEFISH malware.