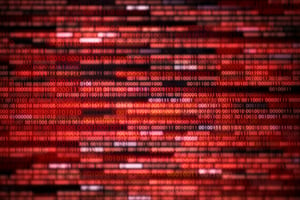 The massive rise in frequency is a signal that cybercriminals are not only finding their ransomware campaigns successful, but are also seeing increases in ransom amounts.

The goal of any business is to build a product where you make a very healthy profit margin. Once you have that, you take it to market and continue to increase the reach of your sales efforts to see both revenue and profits increase annually.

This is exactly the same mentality cybercriminal enterprises have when it comes to ransomware – if it works, send it out to more people. If they’re willing to pay $1000, see if they will pay $5000, $10,000, and more. Recent data has shown that ransomware creators are doing both.

According to BitDefender’s Mid-Year Threat Landscape Report 2020, the first half of 2020 saw a 7x jump in the frequency of ransomware attacks when compared to the same time in 2019. The report shows that the distribution of attacks was relatively evenly distributed across the first six months of this year.

We’ve also seen ransoms jump by an average of 60 percent this year, signaling that cybercriminals are keenly aware of what the havoc they’ve wreaked is worth to an infected organization.

According to the Bitdefender report, both the pandemic and the shift to working from home play a significant role in the success rate of attacks, as users have their defenses down and have been overwhelmed by the unprecedented change in the way we all work and live. Half of remote employees simply aren’t prepared for the organization’s dependence upon them to be vigilant against cyberattacks including ransomware. New school Security Awareness Training provides an effective means to not only educate users on how the bad guys go about phishing and social engineering attacks, but also on how users can become and remain vigilant while doing their job – thus, lowering the threat surface for ransomware attacks.

With such a massive increase in the amount of ransomware attacks, organizations should assume that ransomware is only going to become more prevalent, pervasive, and profitable for the bad guys.