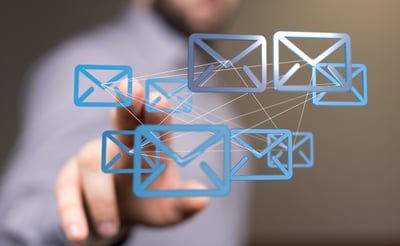 The recent arrest demonstrates how very small and unsophisticated a cybercriminal team can be to launch a very successful phishing campaign that takes victims for millions.

Germany’s Federal Criminal Police Office, Bundeskriminalamt (BKA), recently posted an announcement of the arrest of three German citizens responsible for a 7-month phishing campaign lasting from October 2020 through May 2021.

Impersonating German banks, the gang of just 3 individuals carried out a sophisticated enough phishing scam to trick victims into giving up banking credentials. Using email messages cloned from real German banks, recipient victims were informed of forthcoming security changes that would impact their account. According to the BKA, the emails were nearly indistinguishable from the real thing.

With the call to action being to log into the bank – and with the scammers hosting their own spoofed logon pages, the victims provided the scammers with usernames, passwords and one-time transaction authentication numbers that allowed the scammers to access the victims’ accounts.

According to the BKA, the gang of 3 leveraged several dark web services to aid in their campaigns, which included distributed denial of service (DDoS) attacks on the legitimate banks to further ensure that phishing victims would need to click the link in the phishing email to “log on.”

This story shows how very small a team is needed – and how powerful the use of Cybercrime-as-a-Service can be to assist in filling in the attack gaps – to launch a successful phishing campaign. It’s just as easy for campaigns to target corporate users, making it necessary for them to be far more vigilant than they are today. Through Security Awareness Training, it’s possible to elevate the user’s state of vigilance, helping to lower the risk that even a perfectly crafted phishing email will trick users into clicking on malicious links and giving up credentials.