FTC Study: Millennials Are The Biggest Victims Of Social Engineering

The Federal Trade Commission (FTC) has issued its annual report of consumer complaints, which shows that young adults are more likely to lose money to fraud than older adults. 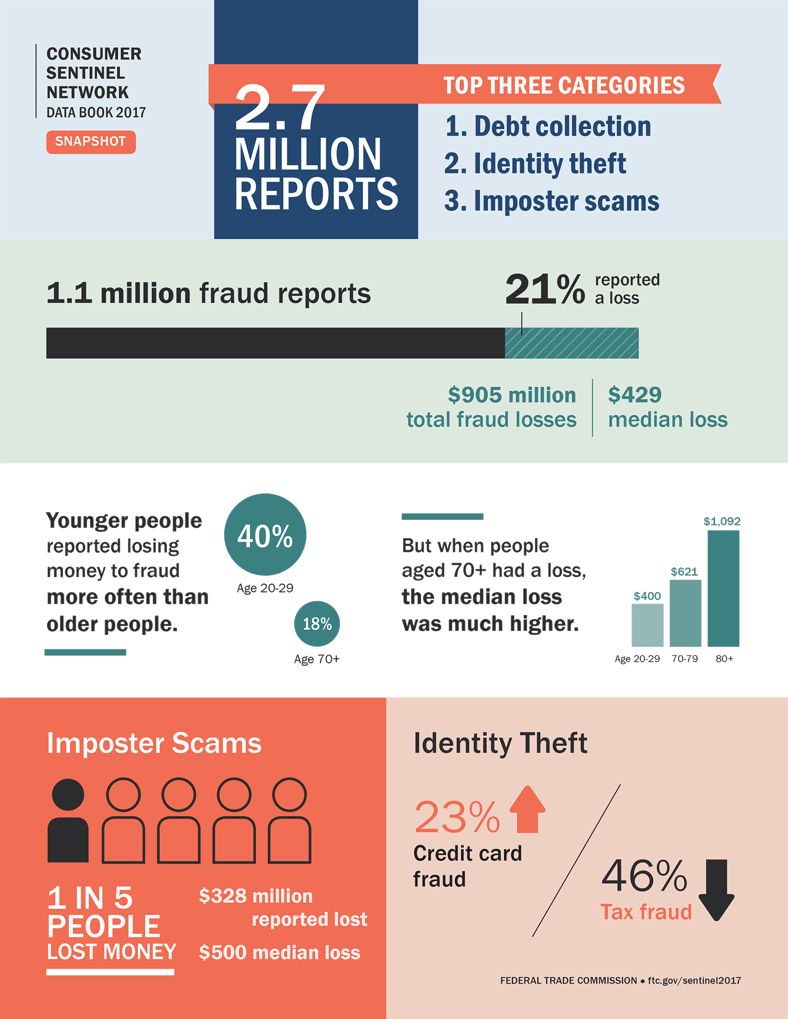 40% of adults age 20-29, the report said, end up losing money in a fraud case, as opposed to only 18% of adults over the age of 70. While seniors lose more money on average when successfully scammed, it seems that they're simply not falling for tricks as often as people assume.

The FTC report is the latest study to challenge the conventional wisdom that older adults are the ones falling prey to fraud. As previously reported by TechRepublic, younger adults are more likely to lose money to a tech support scam, and self-reported tech-savvy people are more likely to become the victim of phishing and identity theft.

All these studies point to an incorrect perception about tech users that needs to change for the sake of personal and organizational security: Young adults aren't safer by default.

There is, of course, a caveat to the FTC's report: It's a collection of complaints the organization received, so it can't necessarily be treated as an absolute representation of who is paying out to scammers. More at TechRepublic: