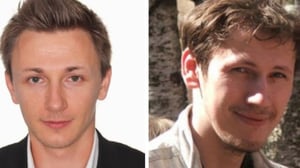 The U.S. Justice and Treasury departments took action Thursday against a Russian hacking group known as “Evil Corp.,” which stole “at least” $100 million from banks using phishing attacks and the infamous Dridex malware that swiped banking credentials, according to a joint press release.

In all, the action targets 17 individuals associated with the organization, including Evil Corp.’s leader, Maksim Yakubets. The State Department has offered a $5 million reward for information on Yakubets

“Evil Corp.,” a name reminiscent of the nickname for the key malevolent corporation in the popular television drama “Mr. Robot,” is “run by a group of individuals based in Moscow, Russia, who have years of experience and well-developed, trusted relationships with each other,” according to a Treasury Department press release.

“Treasury is sanctioning Evil Corp as part of a sweeping action against one of the world’s most prolific cybercriminal organizations. This coordinated action is intended to disrupt the massive phishing campaigns orchestrated by this Russian-based hacker group,” said Steven Mnuchin, secretary of the Treasury, in a statement. “OFAC’s action is part of a multiyear effort with key NATO allies, including the United Kingdom. Our goal is to shut down Evil Corp, deter the distribution of Dridex, target the ‘money mule’ network used to transfer stolen funds, and ultimately to protect our citizens from the group’s criminal activities.” It was all over the news. Here is a CNBC article.

About time. However, these guys are not going to be extradited because they have air-cover from the Kremlin.  :-(