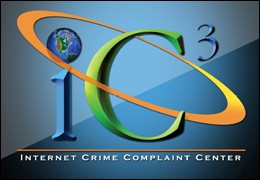 The latest version 3.0 of CryptoWall, descendant of the infamous CryptoLocker, is the most advanced and most damaging ransomware in the wild at the moment, specifically targeting U.S. businesses and individuals. We have been sounding the alarm about CryptoWall in CyberheistNews since last year, and its magnitude is now confirmed by law enforcement.

The FBI, through their Internet Crime Complaint Center (IC3), released an alert on June 23, 2015 that between April 2014 and June 2015, the IC3 received 992 CryptoWall-related complaints, with victims reporting losses totaling over $18 million. And that is only the reported part, the estimate is that the actual infections are at least two or three times more. Going by the reported incidents only, it's a $70 million per year criminal enterprise, but in reality it looks more like $200 million which is unbelievable.

Some quick math shows $18,145 in costs per victim, caused by network mitigation, network countermeasures, loss of productivity, legal fees, IT services, and/or the purchase of credit monitoring services for employees or customers. As you can see, the total costs of a ransomware infection goes well above just the ransom fee itself, which is usually around $500 but can go up to $10,000.

By far the most used vector at the moment is phishing emails that have a zipped attachment that claims to be the resume of a girl. Open it up and unzip it, and a page opens up with a link to another zipped file which contains the payload. This tactic bypasses all antivirus engines and relies on social engineering your end user. A few months ago they used poisoned help-file attachments, and they continue to innovate fast to stay ahead of the spam filters.

That is what infection vectors 2, 3 and 4 ultimately use, drive users to that compromised website and infect the workstation and/or network that way. It can go through a URL that drops the user onto that site, or an ad that redirects the user that way, or they compromise a site the user visits regularly and that is how they get infected.

It's a nasty business, and it's growing. You are dealing with a criminal hybrid of very high quality coding, used for sophisticated digital hijacking, and supported by commercial-grade "customer service" which makes sure they can generate cash from their malware. Ironically, these gangs are concerned with their reputation in the market. If word goes out they do not decrypt, their revenue stream dries up because of bad word-of-mouth.

IBM recently warned against spear phishing attacks using the Dyre Trojan for cyberheists of more than $1 million at a time, and suggested policy and procedures to block these attacks. Obviously things like having recent backups, excellent patching discipline and good filters at the network edge are a given. Their recommendations are on the mark:

"Organizations will remain only as strong as their weakest link. Proactive end-user education and security awareness training continue to be critical in helping prevent incidents like the one described in this advisory.


We could not agree more. New school security awareness training which combines web-based on-demand training by a social engineering expert, combined with frequent simulated phishing attacks is a must these days to protect your organization against these kinds of attacks. Find out how affordable this is today: