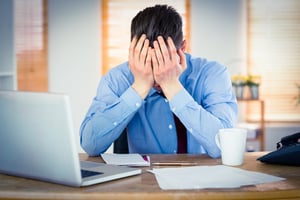 Fighting deepfakes and fake news requires society as a whole to treat what they see with more skepticism, according to Lisa Forte, founder of Red Goat Cyber Security. On the CyberWire’s Hacking Humans podcast, Forte explained that deepfakes can cause more than just reputational damage.

“On the one hand, I think deepfakes are going to be an enormous problem, and not just from the sort of democracy side of things, although I'm sure they can have a huge effect on our freedom to vote and our freedom of religion and all the rest of it,” Forte said. “But if you look at even legitimate videos – so, for example, the video of Elon Musk, who is smoking, and Tesla’s stock price plummeted almost instantly as soon as that video was released. Now, obviously, that video was genuine. But if it wasn't genuine, you could seriously affect stock prices of major companies by doing things like that.”

Forte also noted that audio deepfakes could be a way to carry out more sophisticated social engineering attacks, and these types of deepfakes are more difficult to detect than a fake video.

“And I don't think there are as many artifacts to be picked up on in an audio recording as you might be able to do with a deepfake video,” Forte said. “As you watch it and play it back, you might pick up things that aren't quite right. That's going to be a lot harder to do with audio.”

Forte emphasized that deepfakes, along with other kinds of social engineering, can be combated with a healthy sense of skepticism.

“And I think there are other things that indicate to us that we might be receiving a phishing email or some fake news or, you know, a malicious story or something, because all of these stories – they're always going to sound too good to be true,” she said. “And phishing emails are the same. They always sound too good to be true. And they always sort of evoke some sort of emotional response from you. And I think if you start feeling like that when you read something, it's probably worth going and checking it out.”

New-school security awareness training can enable your employees to see through attempts to deceive them.

The CyberWire has the story: https://thecyberwire.com/podcasts/cw-podcasts-hh-2020-02-13.html