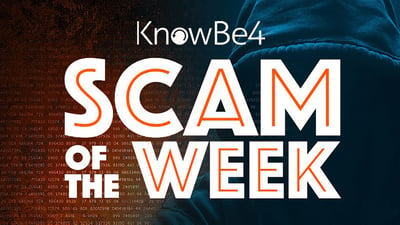 Scammers are sending emails threatening to damage the reputation of websites unless the sites’ owners hand over 0.3 bitcoin, or around $2,400, according to BleepingComputer.

The attackers say that they’ll send out billions of spam emails to millions of email addresses and websites. All of these emails will be spoofed to appear as though they’re being sent from the targeted website, which will tank the site’s reputation and could get it blacklisted by spam filters.

This type of extortion is particularly frightening because it’s more plausible than many other scams, like the ones in which the scammer says he’s the CIA offering to fix your child-exploitation beefs. Attackers theoretically could damage the reputation of a site if they actually carried out such threats.

People need to understand how these attacks work to see that they aren’t really a threat. Attackers are sending these scam emails to thousands of other sites, and they won’t go to the trouble of sending out billions of emails to hurt the sites that ignore them.

They will notice when a site pays up, however, and they’ll almost certainly make that site a priority in future scams. New-school security awareness training can help your employees make smarter decisions by teaching them how scammers operate.

BleepingComputer has the story: https://www.bleepingcomputer.com/news/security/new-extortion-scam-threatens-to-ruin-a-websites-reputation/