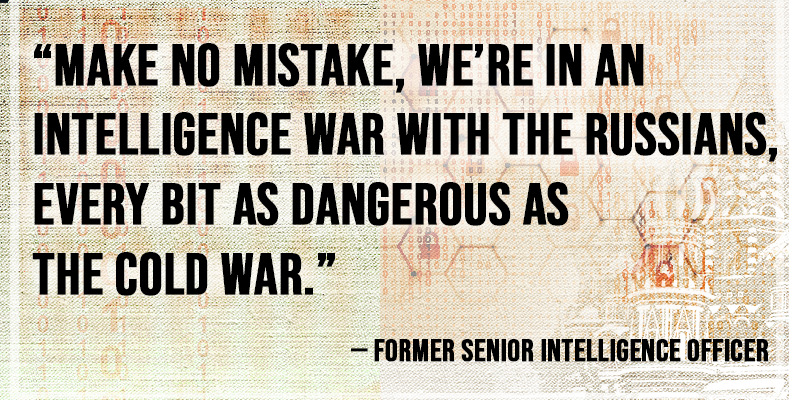 Yahoo came out with some very interesting news: "On Dec. 29, 2016, the Obama administration announced that it was giving nearly three dozen Russian diplomats just 72 hours to leave the United States and was seizing two rural East Coast estates owned by the Russian government.

As the Russians burned papers and scrambled to pack their bags, the Kremlin protested the treatment of its diplomats, and denied that those compounds — sometimes known as the “dachas” — were anything more than vacation spots for their personnel.

The Obama administration’s public rationale for the expulsions and closures — the harshest U.S. diplomatic reprisals taken against Russia in several decades — was to retaliate for Russian meddling in the 2016 presidential election. But there was another critical, and secret, reason why those locations and diplomats were targeted. Both compounds, and at least some of the expelled diplomats, played key roles in a brazen Russian counterintelligence operation that stretched from the Bay Area to the heart of the nation’s capital, according to former U.S. officials.

The operation, which targeted FBI communications, hampered the bureau’s ability to track Russian spies on U.S. soil at a time of increasing tension with Moscow, forced the FBI and CIA to cease contact with some of their Russian assets, and prompted tighter security procedures at key U.S. national security facilities in the Washington area and elsewhere, according to former U.S. officials. It even raised concerns among some U.S. officials about a Russian mole within the U.S. intelligence community.

'It was a very broad effort to try and penetrate our most sensitive operations,' said a former senior CIA official." Full story, an approx 10-minute read, great for a break: