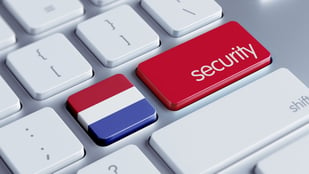 The warning comes from the civil intelligence agency AIVD, military intelligence agency MIVD and the National Counterterrorism and Security Coordinator. According to the agencies, Chinese and Russian state hackers gain access to computer systems of Dutch companies and universities on a daily basis. Vital organizations like energy companies and banks also fall victim to digital espionage by the same perpetrators.

The Chinese government has a ‘shopping list’ of technology they want to collect around the world, the agencies say. Numerous industries are at risk in The Netherlands, including companies specializing in maritime technology, aerospace engineering, agricultural and greenhouse technology, quantum computing and AI. Last December, AIVD deported two Russian spies who had set up a large network of informants within the Dutch high-tech industry.

“The crown jewels of the Dutch economy are in danger”, says AIVD director Erik Akerboom. Digital espionage by China and Russia is an “imminent threat” to the national earning capacity, adds Jan Swillens, head of MIVD. “They want to, they are able to, and they are doing it.”

With general elections coming up in The Netherlands next month, the intelligence agencies plead for a bigger budget over the next four years. They want to combat digital espionage with more hackers of their own.

At the same time Dutch companies are complaining of a lack of communication by the intelligence agencies. “Their information does not come back to the companies they are supposed to protect”, says Michiel Steltman, chairman of the Dutch association of data centers. The increased budget that the intelligence agencies are hoping for will therefore be used to create ‘trusted channels’ between industries and agencies, to share information on possible espionage.