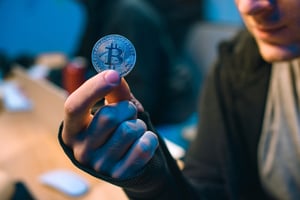 “Coinbase is one of the world's largest cryptocurrency exchange platforms, allowing Lazarus to lay the ground for a lucrative and enticing job offer at a prestigious organization,” BleepingComputer says.

“When victims download what they believe to be a PDF about the job position, they are actually getting a malicious executable using a PDF icon. In this case, the file is named ‘Coinbase_online_careers_2022_07.exe,’ which will display the decoy PDF document…when executed while also loading a malicious DLL.”

“In April, the U.S. Treasury and the FBI linked stolen cryptocurrency from the blockchain-based game Axie Infinity to Lazarus, holding them responsible for stealing over $617 million worth of Ethereum and USDC tokens,” BleepingComputer says. “As revealed later, in July, the Axie Infinity hack was made possible thanks to a laced PDF file that supposedly contained the details of a lucrative job offer sent to one of the blockchain's engineers.

Opening the file infected the engineer's computer, enabling Lazarus to raise their privileges and move laterally in the firm's network, eventually locating a vulnerability in the Ronin Bridge and triggering an exploit. This same type of attack is likely what Lazarus is hoping to achieve in the latest Coinbase-lured campaign, as it would only take a single person in a company to open the PDF and enable the hackers to gain initial access to the corporate network.”

New-school security awareness training can give your organization an essential layer of defense by teaching your employees to recognize social engineering attacks.