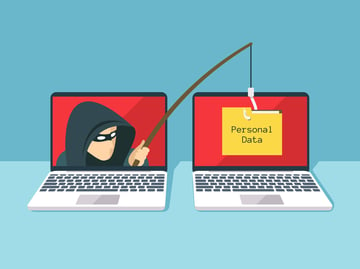 Researchers from Secureworks’ Counter Threat Unit (CTU) are tracking phishing domains used by the “MOONSCAPE” threat actor to target users in Ukraine. The researchers note that Ukraine’s Computer Emergency Response Team (CERT-UA) has attributed this campaign to the Belarusian threat actor UNC1151, but Secureworks hasn’t yet confirmed this attribution. Belarus is one of Russia’s closest allies, and is assisting in Moscow’s war against Ukraine.

The researchers explain that MOONSCAPE has been targeting both Polish and Ukrainian users, and recently shifted its focus to Ukrainian domains.

The researchers note that this threat actor has consistently targeted Eastern Europe, but its current activity appears to be related to Russia’s war in Ukraine.

“MOONSCAPE has conducted phishing campaigns for years, targeting military, diplomatic, and government personnel in Eastern European NATO countries such as Poland, Lithuania, and Latvia as well as countries that border Belarus such as Ukraine,” Secureworks says. “The February phishing attacks demonstrate that the group's espionage-focused activity continues and potentially contributes to intelligence collection on Ukrainian entities in support of Russia's military invasion of Ukraine that commenced on February 24, 2022.”