DHL is Now the Most Spoofed Brand in Phishing 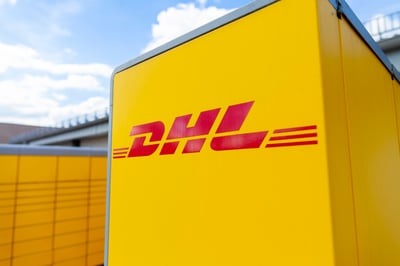 International shipping company DHL was the most impersonated brand in phishing attacks during the fourth quarter of 2022, researchers at Check Point have found.

“In Q4, global logistics and distribution company DHL ended Microsoft’s long-standing reign as the brand most frequently imitated by cybercriminals in attempts to steal credentials or deploy malware via sophisticated phishing techniques,” Check Point says. “Twenty-three percent of all brand phishing attempts were related to DHL, up from just 9% in the previous quarter. The Microsoft brand, meanwhile, only accounted for 20% of all phishing attempts in Q4 versus 29% in Q3. FedEx also appeared in the top ten list for the first time in Q4 2021, no doubt the result of threat actors trying to target vulnerable online shoppers in the run-up to the festive season as the pandemic remained a key concern.”

“Our latest Q4 report also reinforced the continued imitation of social media brands in phishing scams, with WhatsApp coming third behind DHL and Microsoft in a global list of top targeted brands,” the researchers write. “The social messaging app, owned by Facebook, moved from 6th position to 3rd, representing 11% of all phishing attempts worldwide.”

DHL isn’t the only shipping company that’s being impersonated—Check Point describes a phishing attack from December that spoofed an email from FedEx.

“During December, we observed a malicious phishing email that used Fedex’s branding and was trying to get the user to download SnakeKeylogger malware to their machine,” the researchers write. “The email which was sent from the spoofed address support@fedex[.]com, contained the subject “Bill of Lading-PL/CI/BL-Documents arrival”. The content is asking to download a RAR archive file “shipment docu..rar”, which contains a malicious executable file that would cause the system to be infected with SnakeKeylogger and could steal the user’s credentials information.”

New-school security awareness training can enable your employees to recognize phishing and other social engineering attacks.