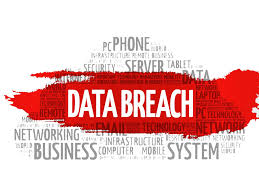 A new report from the National Cyber Security Alliance sheds some light on how prepared small and medium size businesses are and what the aftermath of a data breach really looks like.

With such destructive results, surely the SMB is prepared, right? According to the data, nearly half of businesses (46%) feel they are prepared to respond to an incident, but – clearly – with the outcomes listed above, it’s evident that SMBs are unprepared to prevent a data breach.

The good news is 83 percent of SMBs put some kind of security awareness training in place, in most cases (69 percent) it’s less than 8 hours annually. SMB organizations wanting to avoid data breaches are on the right path; just not far enough along it. Security Awareness Training is an effective way to reduce the risk of successful phishing attacks, as 96% of data breaches start with an email attack. Educating users on what to look for, methods and tactics used, and the importance of their role in the organization’s security all will help keep SMBs secure and operational.