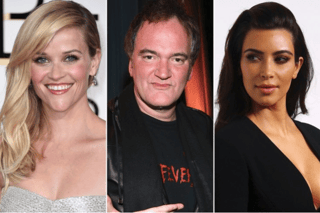 The seemingly international group of hackers, which recently targeted streaming giant Netflix and a London-based plastic surgeon's office, provided evidence that it had accessed the firm's customer database. It has shared information with IBTimes – including hundreds of contracts, files and client invoices.

"As with all of our friends who don't accept one of our handsome business proposals, we'll handle them appropriately by publicly releasing all their client data, documents, intellectual property, and other sensitive documentation," the group said via encrypted chat.

Based on one section of the database labelled 'CustomerFile', Line 204 clients have in the past included Apple, Netflix, Funny or Die, ABC, HBO, Hulu and many more. Another file – named "CustomerCard" – contained financial information, but it was firmly encrypted.

Other data included transaction records, bank deposit information and vendor lists. The group said it had gleaned the addresses and phone numbers of celebrities.

On Tuesday (31 October), Line 204 confirmed the attack on its network and said it has contacted the FBI to help probe the loss of potentially-sensitive client data.

Alton Butler, CEO of Line 204, confirmed in a statement sent via a PR staffer that an "international cyberattack organisation" had accessed its database on 26 October.

He said: "This group has hit other studios in the past year and is trying to continue their destructive path with Line 204. We immediately took measures to minimise the damages and block further invasion to protect the information of our company and clients. At this current time, we understand some data has been compromised.

"We are working closely with the FBI to establish what information has been stolen. We are continuing to take every step needed to ensure there will be no further security breaches.

"We understand the magnitude of concerns and apologise for the inconvenience. We want to ensure you we are working around the clock to try and rectify the situation."

The hackers said that its operations against US film studios and production firms will continue. "We've only begun," one member of the group said via encrypted chat.

"Everyone's a target of The Dark Overlord," he or she added. "As of late, we've taken a keen interest in Hollywood as it is luscious treasure and abundant loot are quite available and juicy to us with some creativity. Hollywood has been a considerable endeavour of ours.

In the past, the group has attracted media attention for targeting US healthcare facilities and school districts. As a result, law enforcement has taken notice. One recent report claimed that unsuccessful raids had recently been conducted in London in an attempt to find the hackers who generally use spear phishing to get into their target networks.