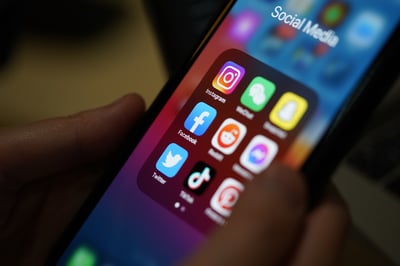 A new wave of social media phishing attacks are now using scare tactics to lure victims into sending their logins.

First, a Twitter phishing attack was reported earlier last week. Threat actors would send direct messages to the victims, flagging the account for use of hate speech. They would then be redirected to a fake Twitter Help Center to input their login credentials.

Then, a Discord phishing campaign was discovered by sending user a message from friends and/or strangers accusing the user of sending explicit photos on a server. The message also included a link, and if clicked would then lead to a QR code. This resulted in the account being taken over by the cybercriminals.

Social media have always been used for successful phishing attacks, using social engineering to manipulate victims to disclose confidential logins. And if successful, social media attacks can open the flood gates to the company network.
James McQuiggan, Security Awareness Advocate at KnowBe4, explained to Dark Reading about how effective social media phishing attacks can be, "A lot of the time, phishing attacks rely on the victim reacting to the email in an emotional state," he says. "The victim sees the email and responds without adequately checking the sender or the link."

These types of attacks are not going away anytime soon. And with the continual remote workforce, there is a higher risk of being targeted through your social networks without the word-of-mouth method you would get at the office from other employees. Get ahead of the curve now with your employees by implementing new-school security awareness training.

Dark Reading has the full story.