Cybercrime group steals millions from Russian banks and targets US 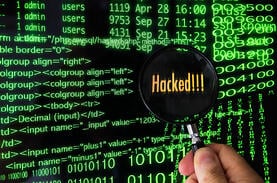 This is actually quite interesting, hackers that are successful inside Russia, as normally these guys are shut down by the FSB in a heartbeat. It must be that they are outside of the direct reach of the Russian security services, pointing to places like Romania, Estonia or even further away like for instance a Russian cybercrime ring in Israel. These guys play a very high-stakes game including their lives.
Cyber security researchers from Dutch security firm Fox-IT and Russian firm Group-IB called this group Anunak, named after the main trojan they use in their malware toolkit. This very sophisticated gang of cybercriminals has successfully grabbed over $25 million by hacking into quite a few financial institutions in Russia and former Soviet Union satellite states, but also into POS systems of European and U.S. retailers.
As you know, there is no place were more furious innovation occurs than in cybercrime. Most cyber mafias target the banks' customers, but this Anunak group targets the institutions themselves. They directly penetrate the bank networks, and this compromise allows them to make transfers from accounts under their control. Sometimes they are even able to compromise ATMs from within, which are then emptied out by money mules.
"Since 2013 they have successfully gained access to networks of more than 50 Russian banks and 5 payment systems, and 2 of these institutions were deprived of their banking license," Group-IB said in a report released Monday. "To date the total amount of theft is over 1 billion rubles (about 25 million dollars), most of it has been stolen in the second half of 2014." Here is the IB-group report: (PDF)
http://www.group-ib.com/files/Anunak_APT_against_financial_institutions.pdf