Cyber Espionage Warning: The Most Advanced Hacking Groups Are Getting More Ambitious 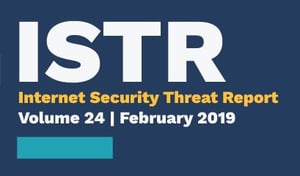 Once attackers might have needed the latest zero-days to gain access to corporate networks, but now it's spear-phishing emails using social engineering tactics that are most likely to provide attackers with the initial entry they need.

The top 20 most notorious cyber-espionage operations have increased their activity by a third in recent years - and are looking to conduct more attacks, according to Symantec.

The most advanced hacking groups are becoming bolder when conducting campaigns, with the number of organizations targeted by the biggest campaigns rising by almost a third.

A combination of new groups emerging and threat actors developing successful strategies for breaking into networks has seen the average number of organizations targeted by the most active hacking groups rise from 42 between 2015 and 2017 to an average of 55 in 2018.

The figures detailed in Symantec's annual Internet Security Threat Report suggest that the top 20 most prolific hacking groups are targeting more organizations as the attackers gain more confident in their activities.

Groups like Chafer, DragonFly, Gallmaker and others are all conducting highly targeted hacking campaigns as they look to gather intelligence against businesses they think hold valuable information.

The United States named individuals it claims are responsible for conducting cyber attacks: they include citizens of Russia, North Korea, Iran and China. Symantec's report suggests the indictment might disrupt some targeted operations, but it's unlikely that cyber espionage campaigns will be disappearing anytime soon.  Full story at ZDNet