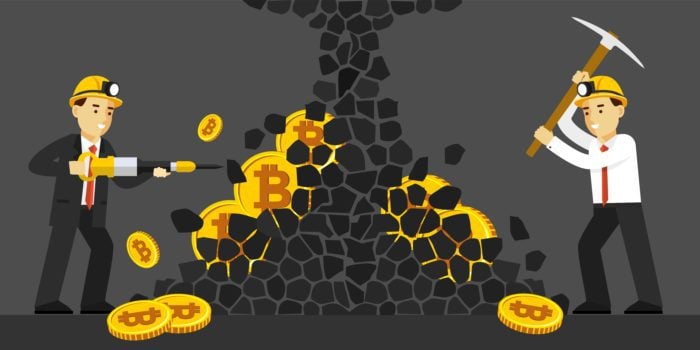 Your organization might just be making someone else money by allowing them to mine for cryptocurrency on your computers… and not even know it.

At the end of the day, cybercriminals simply want to generate revenue through the use of malware-based attacks. We’ve seen an abundance of ransomware, data breaches, and fraud. But in each of those cases, the infected organization is a monetary victim – causing organization like yours to be on the lookout for attacks like these, and to have a response plan. Also, in each of these attack models, there’s quite a bit of work attackers need to do to “earn” their money.

But with the advent of cryptocurrency, and an ability to convert it into liquid cash, cybercriminals have taken a new route to generate their criminal revenue – cryptomining.

Cryptomining is the process of solving complex problems to verify digital transactions using computer hardware. Miners are paid in cryptocurrency, but require a large amount of processing power to generate a material amount of money – a single machine only generates around $12/day. And if the mining can be run on an unsuspecting endpoint, that’s “free” processing power to the cybercriminal!

There are a few reasons cryptojacking is so interesting to criminal organizations:

How Does Cryptojacking Work?

Keep in mind that cryptomining is just the means to a financial end for the cybercriminal. And, just like ransomware, remote access trojans (RATs), and other types of malware, the cybercriminal needs to somehow infect a machine. The difference with cryptomining is that the monetary value is found in infecting large numbers of endpoints. They’ll be happy to take the single infected machine, but they really want hundreds of them instead. To accomplish this, they use traditional methods, with a focus on attaining those large numbers of victims:

Once infected, there are only a few symptoms that your organization has become a victim of cyrptojacking:

Keeping from Becoming a Cryptojacking Victim

When it all boils down, cryptojacking is stealing your power, your bandwidth, and your employee’s productivity. To avoid this there are a few things you can do:

This form of attack is relatively new and is trending. The lure of utilizing lots of victim endpoints without them knowing (which translates to “without getting caught”) is very appealing to cybercriminals. If you have any kind of security strategy around malware and ransomware, you need to be adding cryptojacking to the list and act accordingly; you’ll be seeing a lot more of this attack vector.