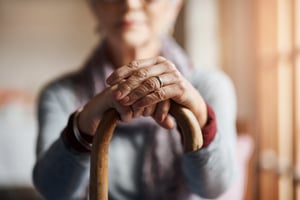 An 89-year-old woman in Delaware lost $9,500 to scammers who told her that her grandson had been arrested for causing a car accident, Delaware Online reports. The scammers called the woman and used her grandson’s real name in the conversation. They first told her to mail $1,500 in bail money to an address in Connecticut, and the woman sent the money.

The same person called the woman back two days later and informed her that the other driver involved in the car crash had died, and the woman would now have to pay $10,000 to cover the funeral costs in order to keep her grandson out of prison. The woman gathered $8,000, which she gave to a man who came to her house.

After this, the woman contacted her family, who informed her that the grandson was fine. The woman realized she had been scammed and called the police after the scammers kept trying to make contact. The police instructed her to call the scammers back so they could arrange a sting.

This time, the scammer told the woman she needed to pay another $10,000 “for the sake of her grandson.” The scammer said he was sending two men to retrieve the cash, and these men would need to enter her house in order to count the money. When the two men arrived, they were arrested by the police and charged with two felonies each.

There are several lessons to be drawn from this incident. First, scammers are lowlifes who won’t hesitate to hurt vulnerable people. In this case, they allowed an elderly woman to believe her grandson was facing prison for manslaughter while they stole her money.

Second, scammers will keep coming back if you pay them once. This is particularly true in extortion and romance scams. Once the scammers identify a susceptible victim, they’ll attempt to extract every penny they can get until the victim either wises up or runs out of money.

Finally, asking for help or verifying that a story is true can often prevent a scam from succeeding. It’s not clear why the woman in this incident didn’t contact her family after the first call, but scammers usually craft excuses to keep the victim isolated. New-school security awareness training can help your employees defend themselves against these attacks.