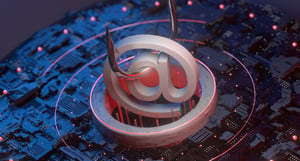 This breakdown of the latest attack from the Charming Kitten cybercriminal gang shows just how much thought goes into obfuscating their tactics and evading detection.

I’ve covered stories in the past where phishing attacks utilized well-known domains to keep from being detected, such as SharePoint Online, where the initial target site is credible enough to keep some security solutions from seeing the link as being malicious.

In the case of a recent attack by Cybercriminal group Charming Kitten (also known as APT35), the attack uses some pretty sophisticated tactics to avoid detection:

It’s evident that folks like Charming Kitten are putting a lot of effort and thought into avoiding detection before, during, and after the attack. This makes is nearly impossible for security solutions alone to protect users from such attacks. Users themselves need to be educated using Security Awareness Training to be watchful for unsolicited email and text messages – even when they appear to come from Google.