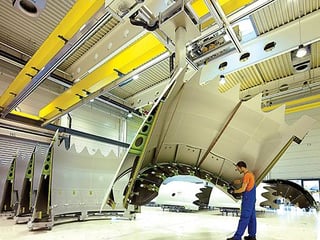 Here is a great way for C-level execs to lose their job: allow your company to become the victim of CEO Fraud.

That happened to the CEO and CFO of FACC, part of both Airbus' and Boeings' supply chain. They disclosed on their blog in January that they had been attacked by internet criminals who stole approximately 50 million Euros, posing as CEO Walter Stephan.

A spoofed email, claiming to come from Stephan, requested an employee in accounting to transfer large amounts of money to a foreign account for a fake acquisition, which is a standard ruse the bad guys use.

The company’s senior management and finances were shocked by the incident – which they dubbed the “Fake President Incident”.  This week its 2015/2016 financial results revealed that the company had taken a whopping 41.9 million Euros charge over the fraud, having managed to claw back 10.9 million Euros from the criminals.

Alongside the revelations in its financial results, FACC also announced that CEO Walter Stephan had also been fired with immediate effect: “The supervisory board came to the conclusion that Mr. Walter Stephan has severely violated his duties, in particular in relation to the 'fake president incident’”. He had been the CEO for the past 17 years, FACC’s CFO was fired in February shortly after the breach.

This loss wiped out its profits for the year, resulting in a net loss of €23 million ($25.5 million).

The company had previously stated that while the amount lost had been large, it didn't pose an “economic threat to the company”, although it did lead to an immediate 17 percent drop in its share price.

With FBI statistics revealing that billions of dollars are being lost to what they call Business Email Compromise (BEC) and the rest of the world calls CEO fraud, the problem isn’t going away any time soon. They recently warned the public

Defending your organization against CEO fraud means identifying high-risk groups and stepping them through security awareness training which sends simulated phishing attacks that emulate CEO Fraud. The KnowBe4 platform allows spoofed emails from the CEO to train employees in Accounting and HR to be inoculated against attacks like this.